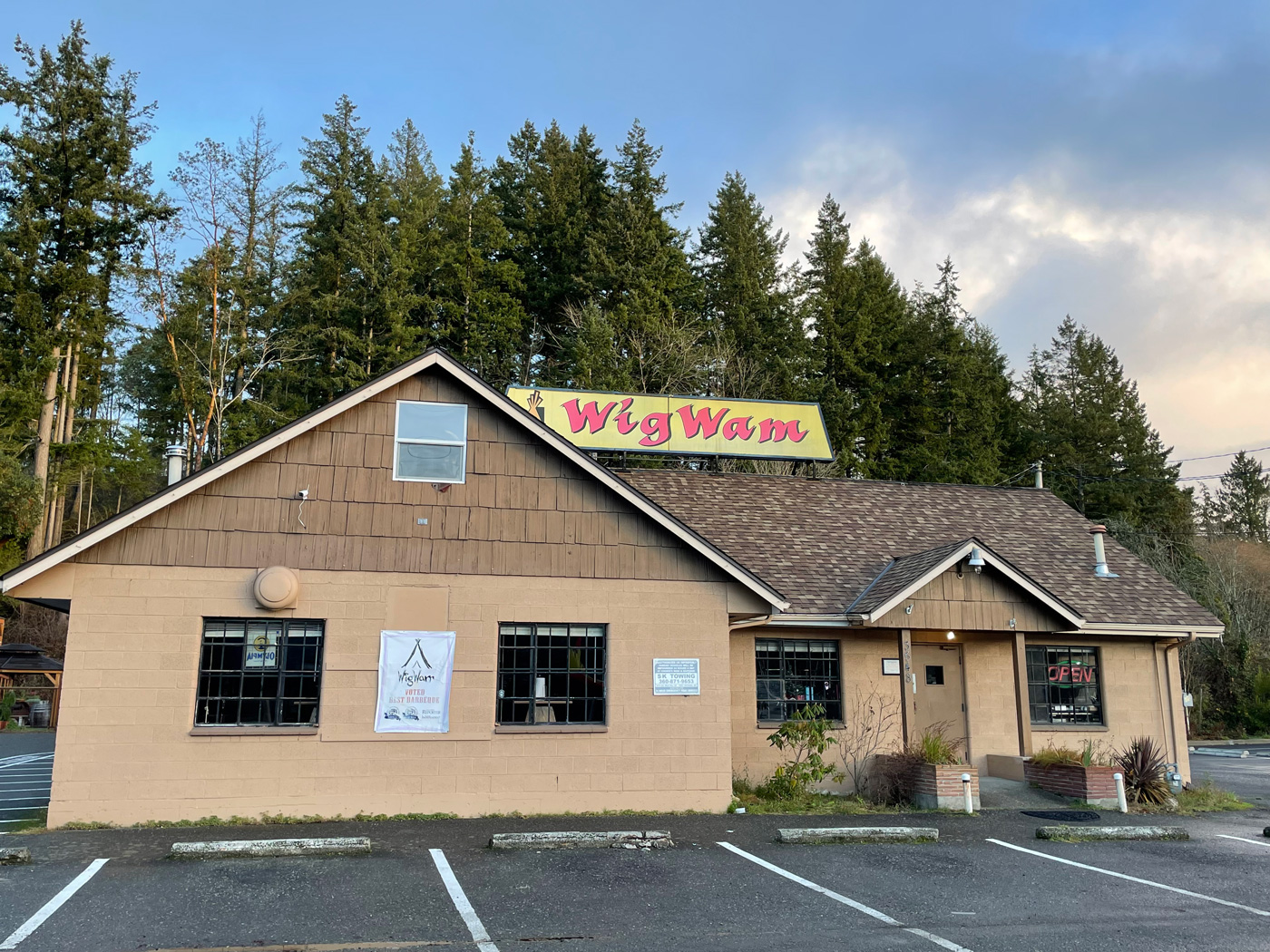 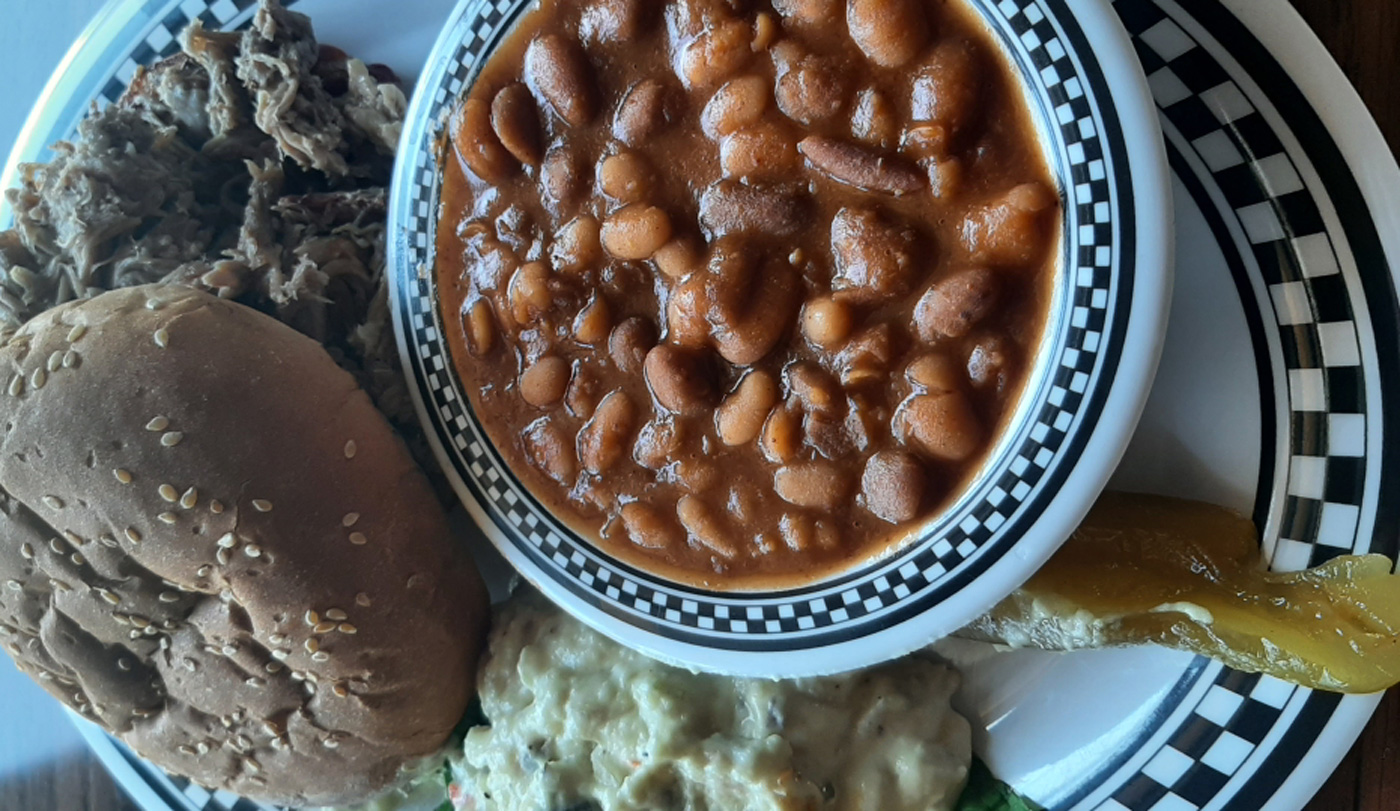 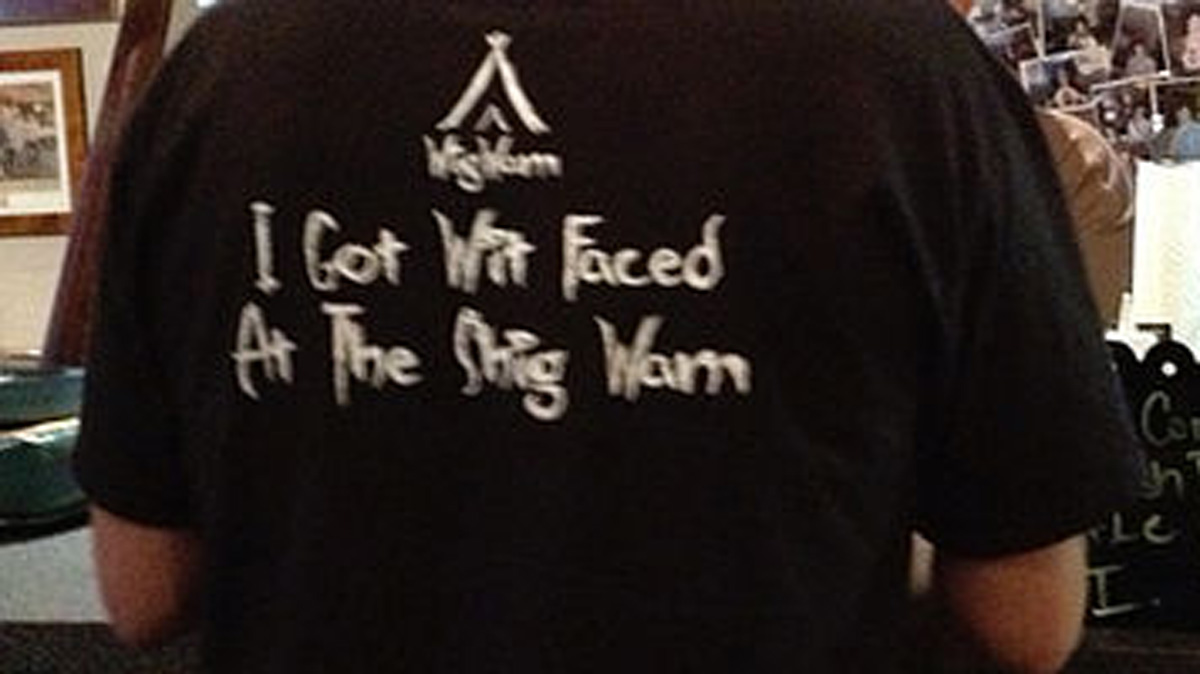 We cater events of all sizes with our amazing BBQ, from family picnics to large corporate meetings, or even “food truck” style for your outdoor event! We also sell our smoked meats a la carte around the holidays (smoked ham or turkey anyone?)! 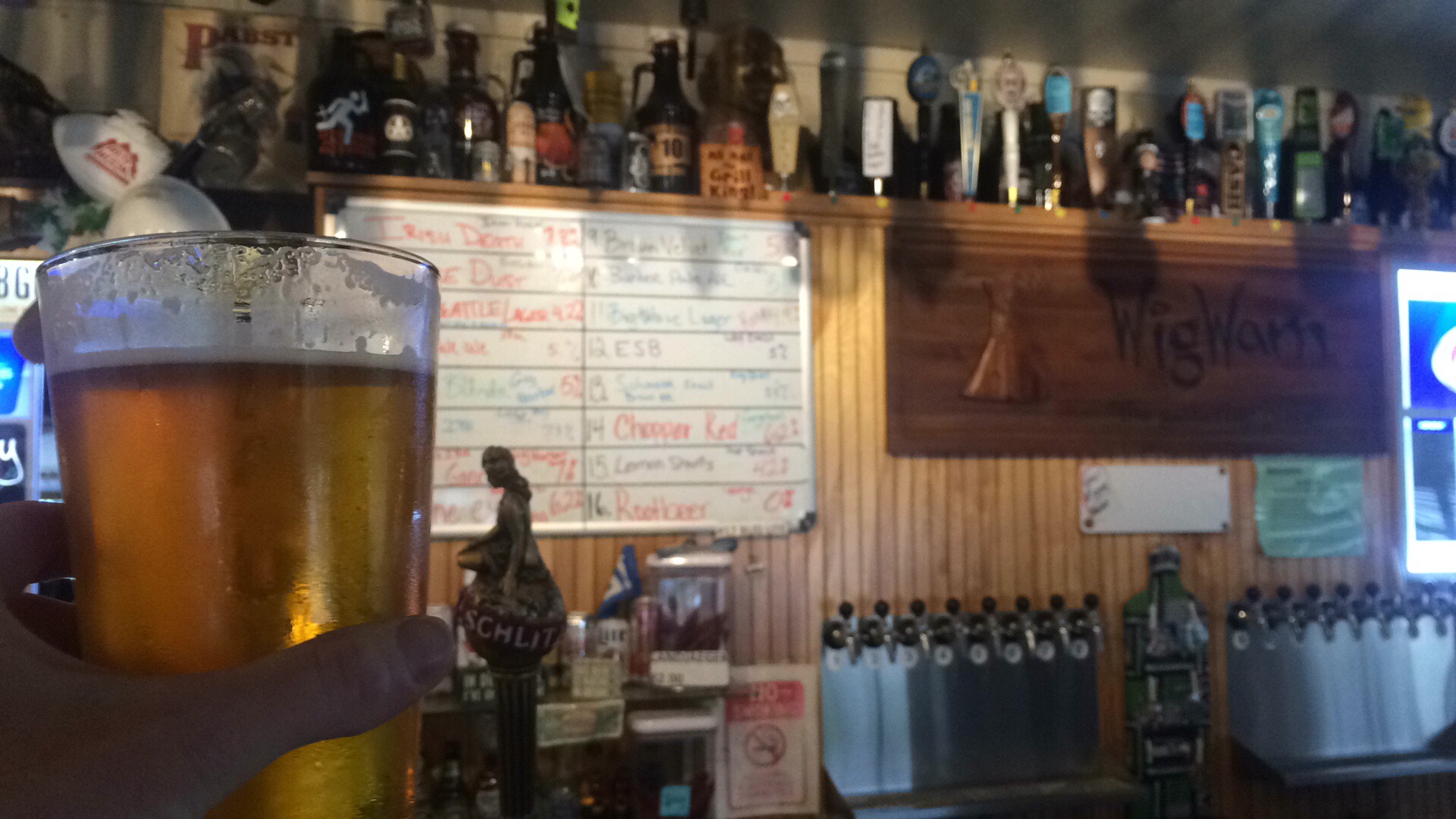 Exciting, always ROTATING tap selection of new and awesome Northwest Craft Beers. See our list below for what’s on tap! 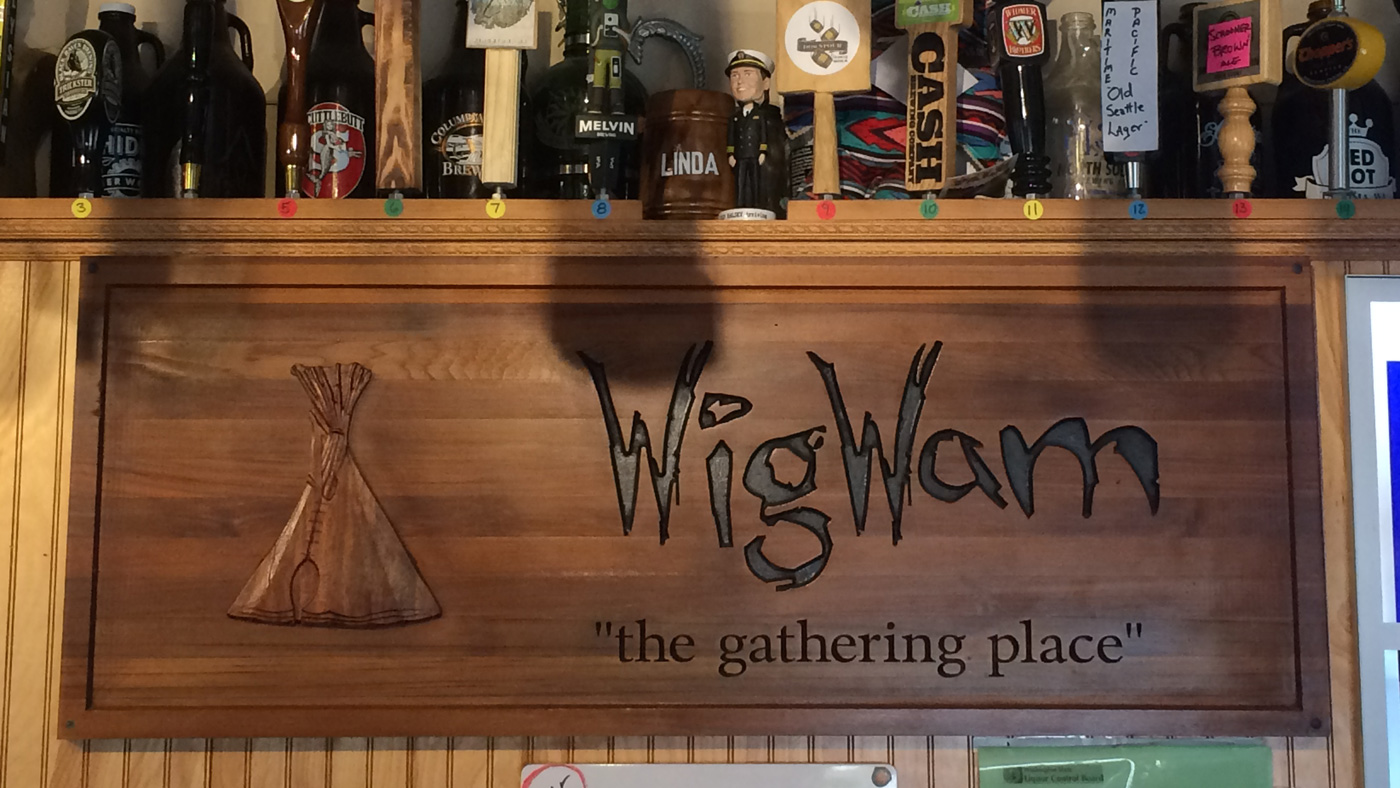 Since 1933, there has been a Tavern on this site here in Gorst, WA! Originally a log cabin at the head of Sinclair Inlet, Wigwam was a local “gathering place” for locals, especially shipyard workers from Puget Sound Naval Shipyard and the salt of the earth folk from the two lumber mills on either side (one by where Viking Fence is now & the other by the modern day Mattress Ranch). The log cabin burned down in 1953 and the existing structure was built in 1955. The Goakey family (Lila and Loren) owned and operated WigWam Tavern from 1973-1996 after which the iconic neon teepee was pulled down and the building changed hands a couple of times and alienated many of the regulars as a martini bar and a “Winner’s Circle” for the raceway attempted to take hold here in Gorst.

In the autumn of 2011, George Wood and Erik Sweet and Linda Seymour-Sweet bought the condemned and run-down building and surrounding property with dreams of building a brewery and showcasing the emerging craft beer scene in western WA. Quickly realizing that the Tavern building wouldn’t house a brewery, they altered their plans to fix up and revive the Wigwam, rebranding it as Wig Wam Pub. During the renovations that spanned from Oct ’11-Mar ’12, many old Wigwammers stopped by (most notably Lila Goakey), gave their two cents and, thankfully, their blessing to Wood and the Sweets. Erik and Linda were still on active duty as Naval Officers, however, with Erik’s ship homeported in Bremerton and Linda’s in Pearl Harbor, so Erik’s dad, Mike Sweet, moved up from TX to run the kitchen and introduce us all to TX BBQ.

The present-day Wig Wam Pub opened its doors again May 5, 2012 and celebrates its connection with the past, the community, and is humbled to share pints and plates of BBQ while telling tales of customers, employees, and owners past.

Eventually George and Linda built their brewery out behind the Wig Wam. Deep Draft Brewing opened on February 14, 2019 and offers a different, all ages experience for visitors and locals.

And all of this has been made possible by the hard work of friends and local contractors and artists and by the loyalty of long-time patrons, and the generosity of everyone who graces our little slice of heaven here in Gorst! 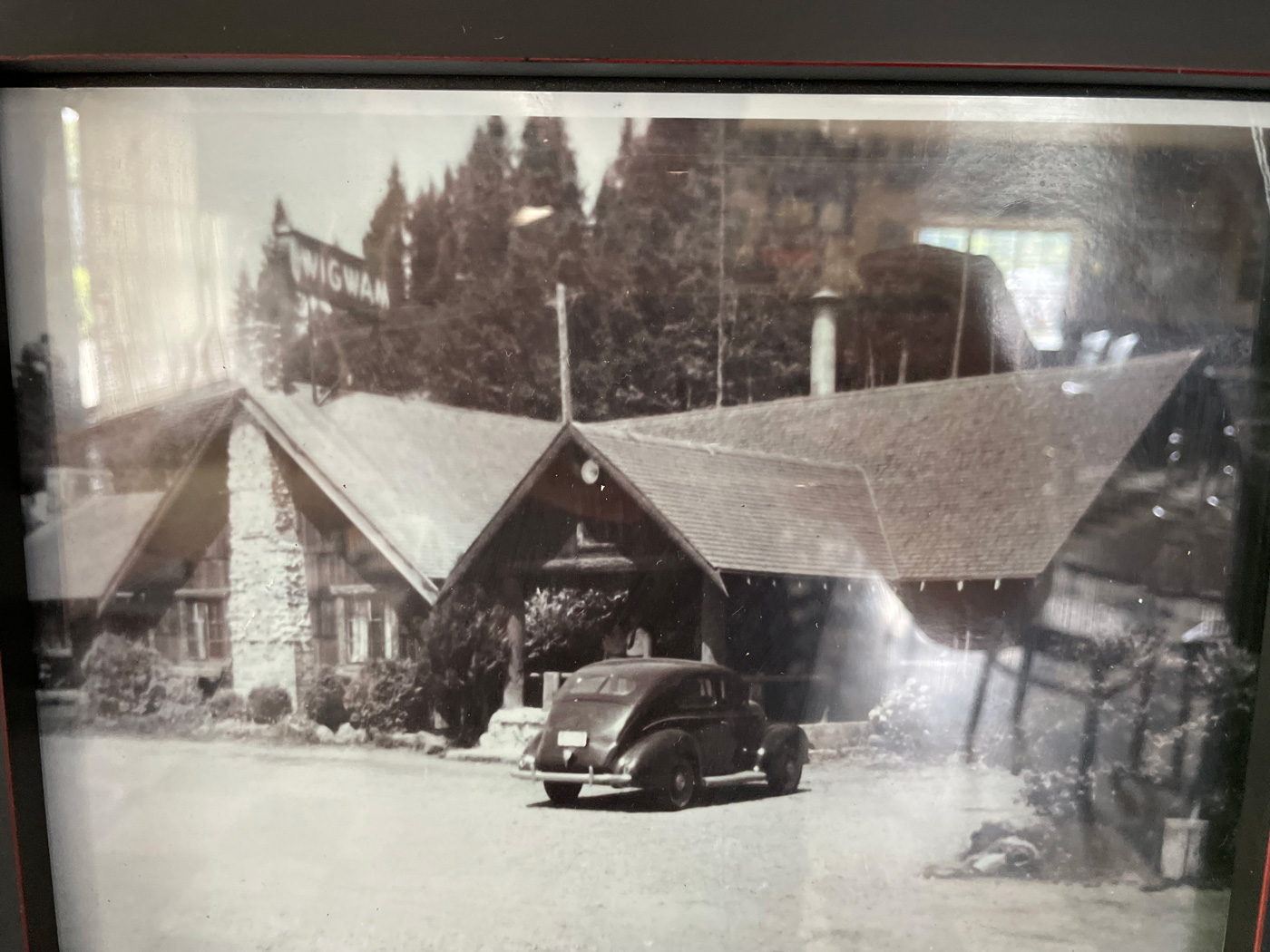 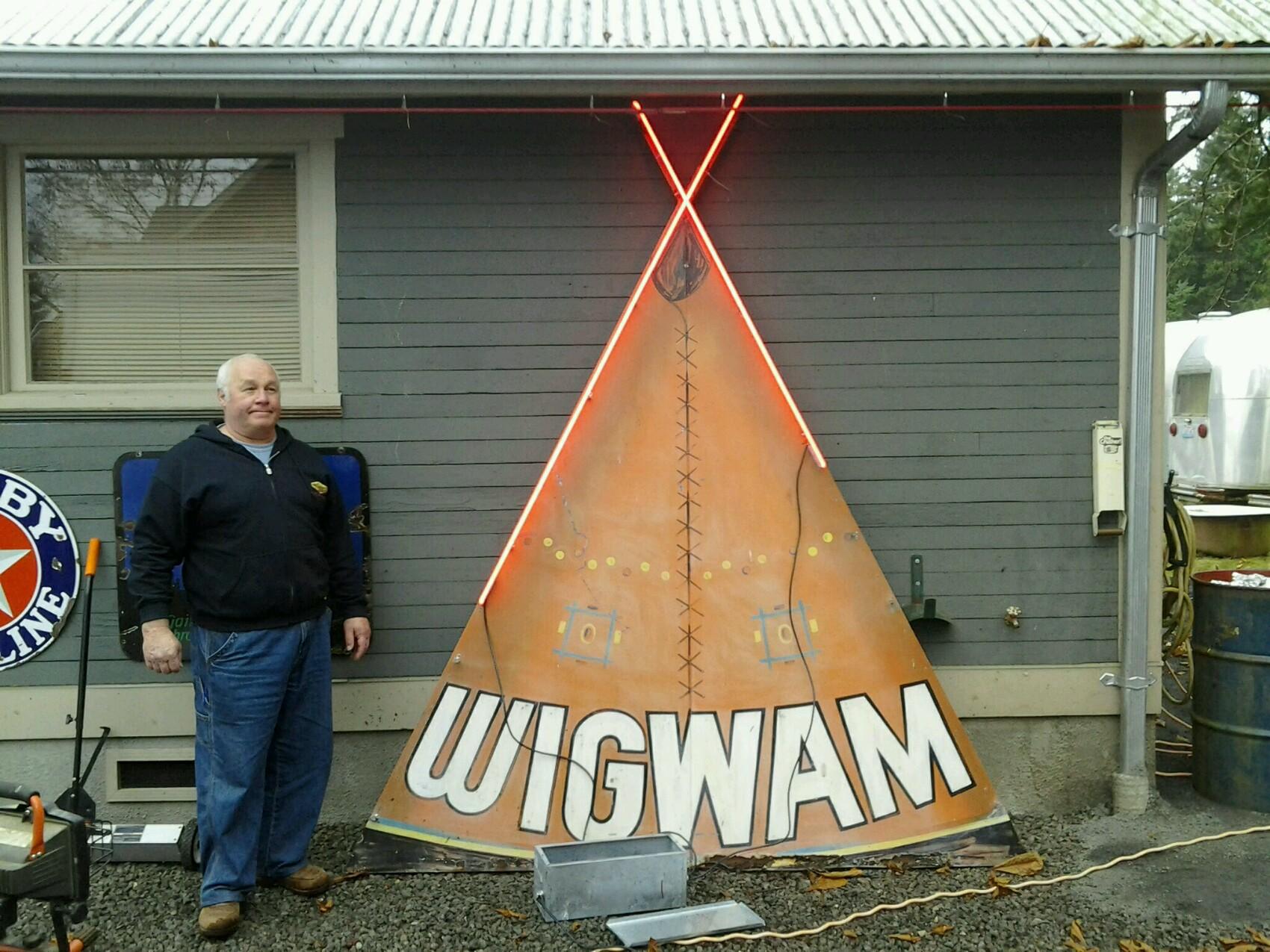 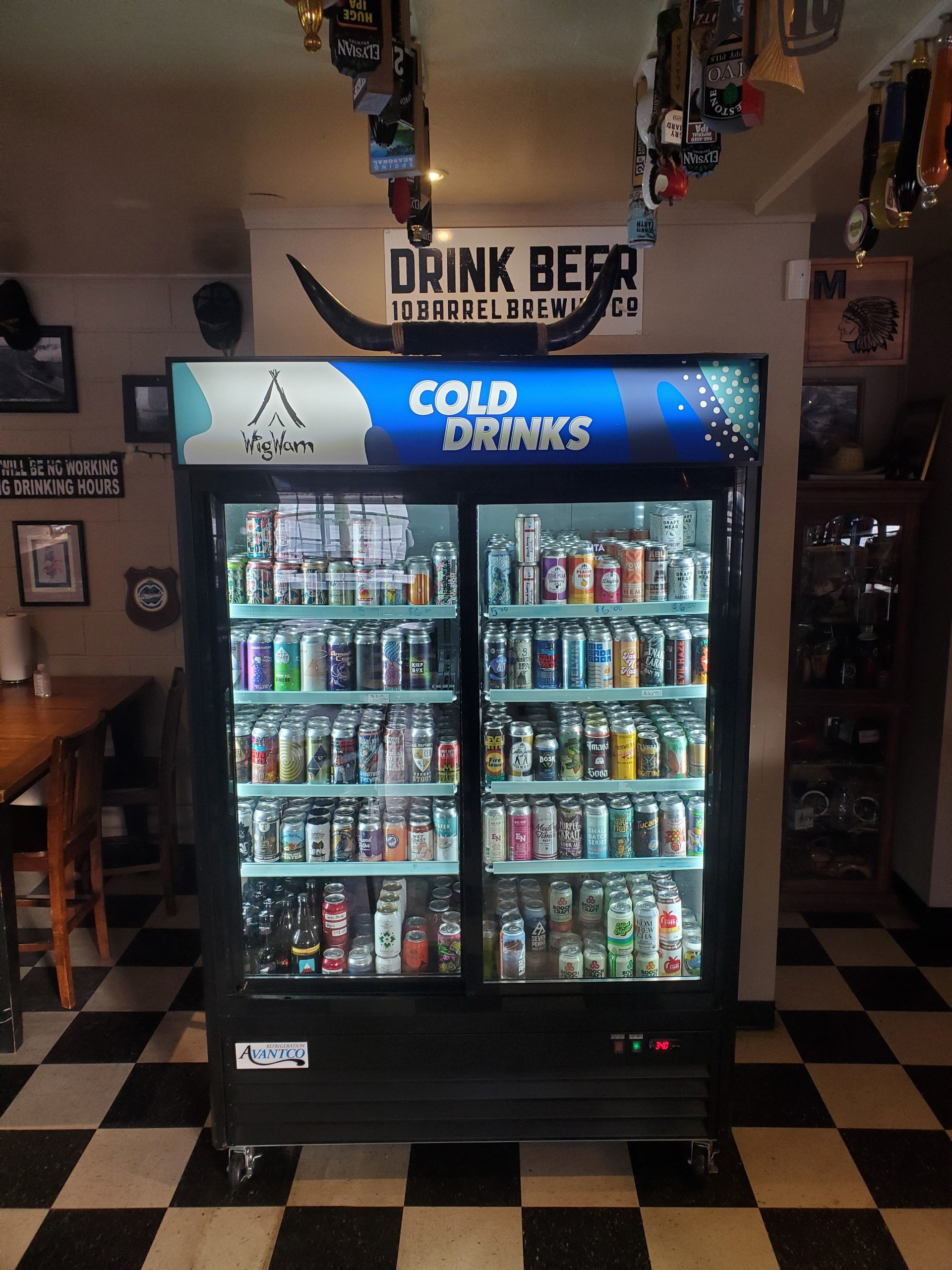